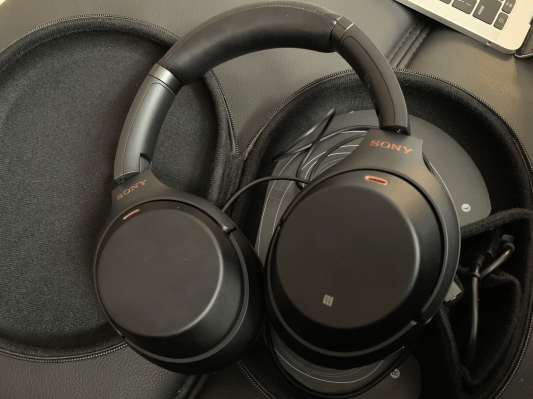 I’ll admit that I’ve been caught up in the Bose hype. I’ve worn qBoseSony WH-1000XM3, a pair of wireless/wired cans that truly give everything else I’ve tried a bad name.

These $349 headphones come with a USB cable, audio cable, international audio adapter, and a compact case that holds the whole thing in a tight package. The headphones also support Bluetooth and will automatically swap to wired mode when you insert the headphone cable. The WH-1000XM3s support full noise cancellation that turns even the noisiest situation into a blissful escape. An ambient audio feature lets you listen to external sounds at the touch of a button and there is even a “Quick Attention” feature that turns the headphones down instantly when you need to speak to someone. Sony touts 30 hours battery life on one charge, a claim that I won’t refute as I haven’t recharged these things after multiple flights and they’re still going strong.

In short, these things are great. 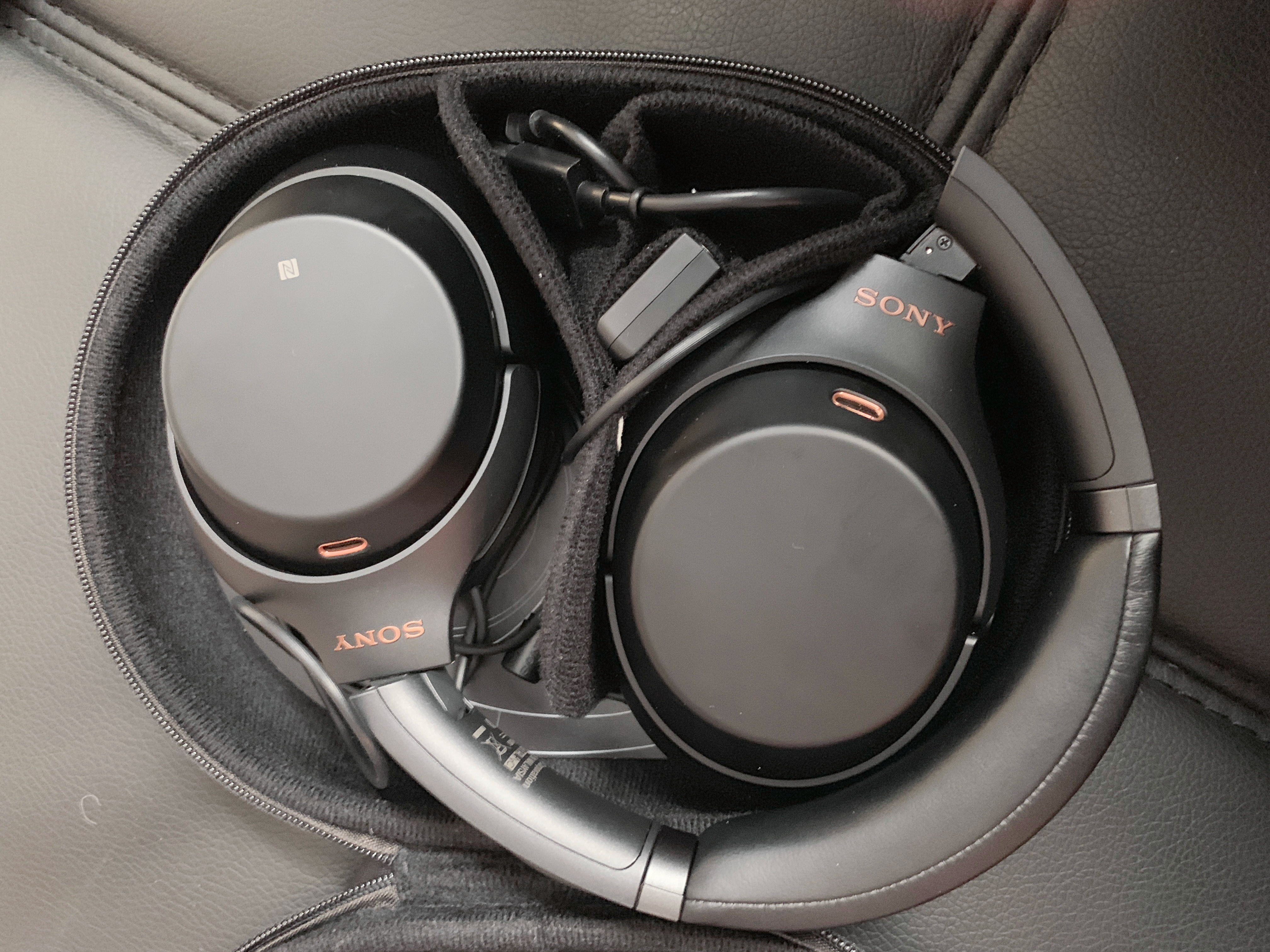 Sony likes to brand all of its features and these headphones are no exception. The cans contain a “HD Noise-Canceling Processor QN1″ that run two 1.57 ” drivers that can handle up to 40 kHz. Something called a SENSE ENGINE notices what you are doing – walking, sitting, talking – and automatically changes the audio and noise reduction. Finally, the headphones offer multiple styles including stages, clubs, and outdoor stages. I doubt many will use or notice these features but they’re nice to have.

How do they sound? First, understand that these are not audiophile headphones. You get nice separation, great sound stage, and high quality audio out of these things but mostly you’ll be listening wirelessly to music on your phone or listening to awful audio being blasted out of your seatback entertainment system. Put garbage in, as they say, and you get garbage out. That said, I found these headphones superior to nearly every other model I’ve tested recently, including my Bose QuietComfort 35 IIs. The Sony models were bright and crisp and sounded great with noise canceling on or off. I also tested the headphones in loud environments including cafes and at home with lots of ambient audio playing. The ambient audio immediately disappeared when I turned on noise canceling, leaving only great sound.

They charge via USB and easily pair with any Bluetooth device instantly.

Now for some quibbles. The WH-1000XM3 has no physical power switch, a feature that lets you ensure your headphones are completely off. This single feature could mean the difference between a good flight and a bad flight. Further, the power button is right next to and the same size as the noise cancelation button. This makes it hard to tap this button if you’re wearing the headphones. 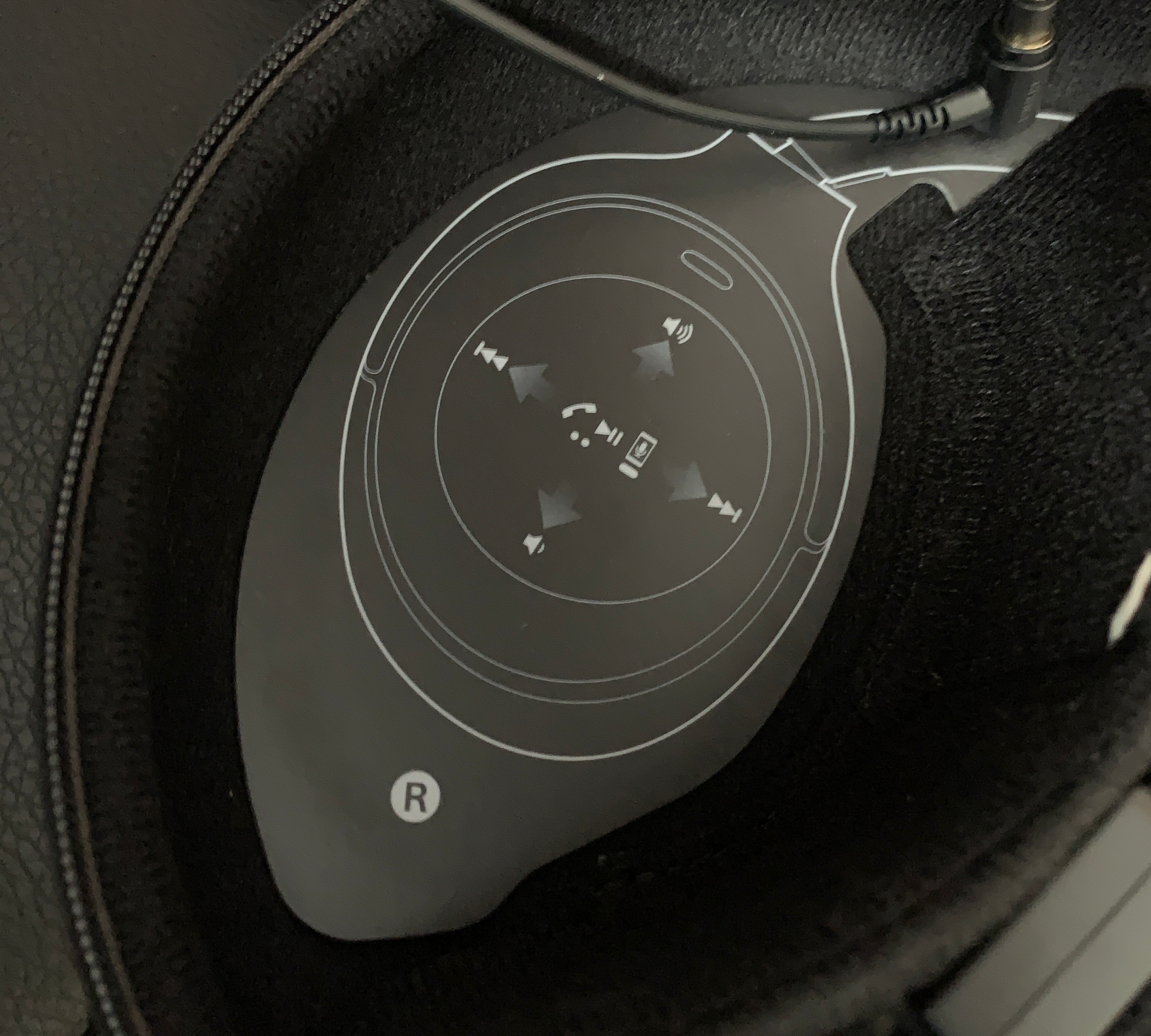 Thankfully, the headphones work when turned off, a feature that many lower-end noise canceling models lack. This means you can still listen to headphones if the battery is dead. I also noticed a bit of a bass heaviness in the WH-1000XM3s, but that could be a relic of using the fairly flat Bose headphones for so long.

The headphones also have some fairly cryptic touch features on the right cup including a call and music pause feature that works when you tap the sensitive surface. You can swipe through songs and turn the audio up and down and change the soundstage with a little button next to the power button.

Sony produces excellent audio products and these are no exception. I fly nearly every week these days and find myself reaching for these headphones over anything else I have in my extensive test collection. Time will tell if these cans survive the rigors of travel but given the price and the build quality I wouldn’t be surprised if these headphones are nestled in my backpack for years to come. Now I just have to break up with my Bose and I just know there will be drama.