Meghan Markle is taking some style cues from another royal: Kate Middleton.

Back in 2014, the Duchess of Cambridge took Prince William‘s hand, journeyed through Australia to fulfill her royal obligations and brought her best fashion with her. Between her much-loved coat dresses, bright hues and mid-length dresses, she stunned, proving to be yet another royal style icon.

Now that the Duchess of Sussex has made her way down under with Prince Harry, she’s following Kate’s footsteps with epic looks. In fact, when you take a close look at their outfits, there are quite a few similarities between what was in Kate’s suitcase in 2014 and what Meghan is wearing now. Based on images from their respective Australian royal tours, it’s clear that Meghan has taken some cues from Kate, while also adding her own twist and allowing her personal style shine.

Check out the similarities and differences in the royals’ styles below! 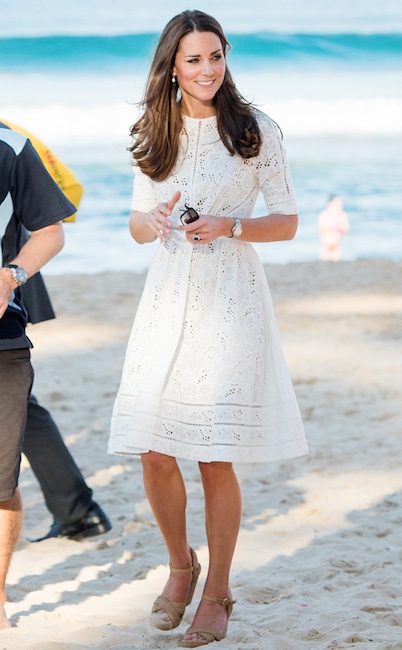 For their first official trip, the Duchess of Cambridge brought a white lace dress to wear on the beach of Sydney. 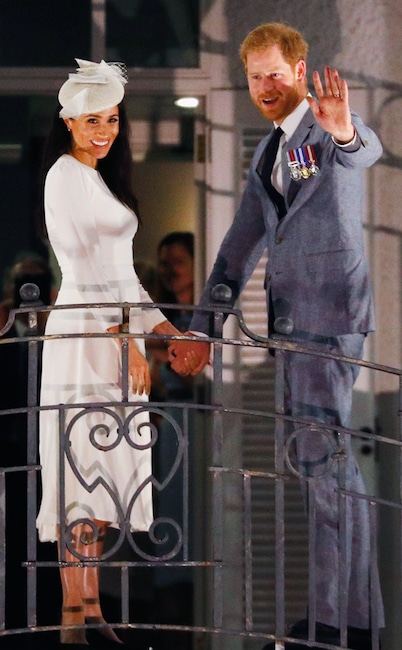 Meghan also wore a white dress, but chose to wear her Zimmerman design for a more formal occasion and pair it with a matching fascinator. 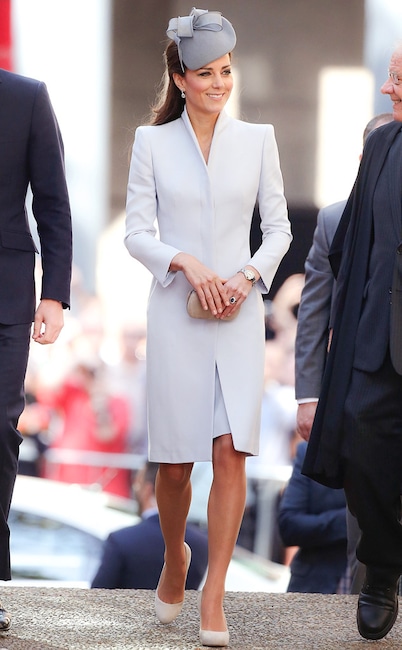 For an Easter Sunday church service in Sydney, Kate also dressed up her all-white ensemble, but went for her signature coat dress. 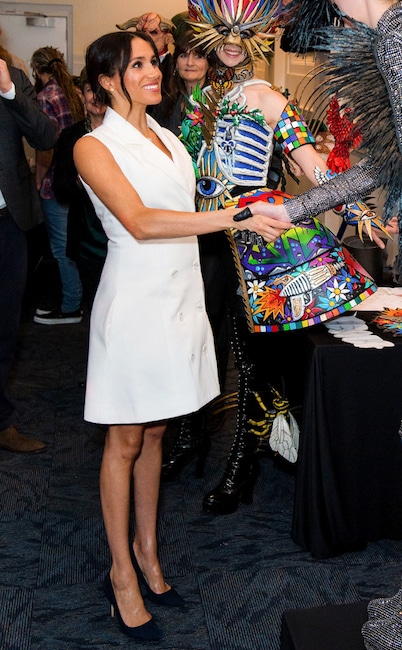 Meghan may have noted Kate’s impactful style, as she chose to wear a tuxedo jacket-inspired dress from Maggie Marilyn. 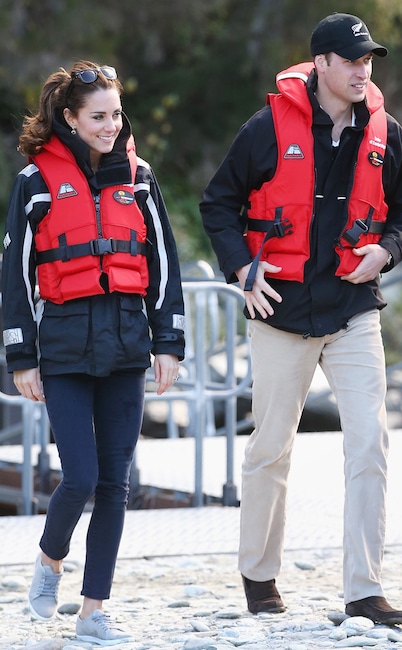 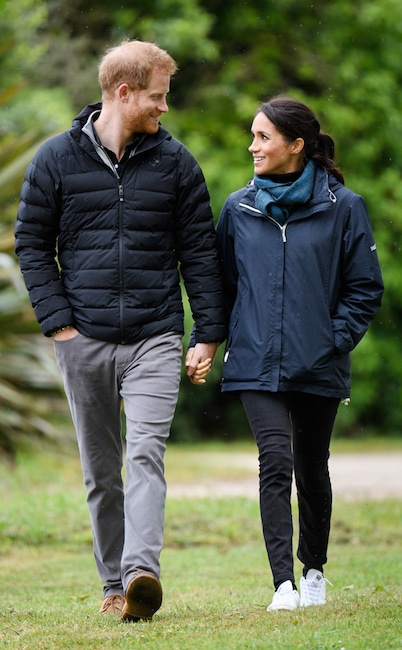 Meghan tried on a similar look, but opted for black denim, white sneakers and a navy blue jacket. 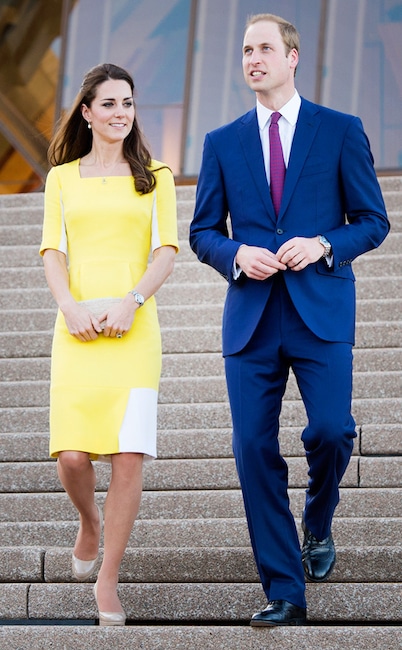 For Kate, nude pumps were a staple of her royal tour wardrobe, especially considering her love for bright hues and printed garments. 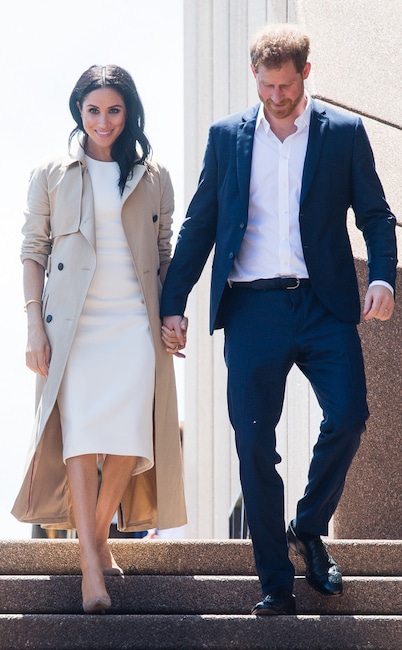 The Duchess of Sussex brought her shoe staples as well, wearing black, nude and navy blue pumps on several occasions. 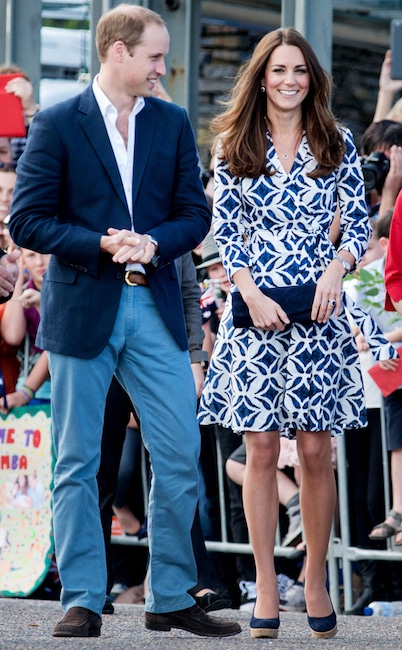 There are a few differences between Kate and Meghan’s wardrobes, however. For one, Kate appeared with colorful prints on multiple occasions, demonstrating her feminine and playful royal style. 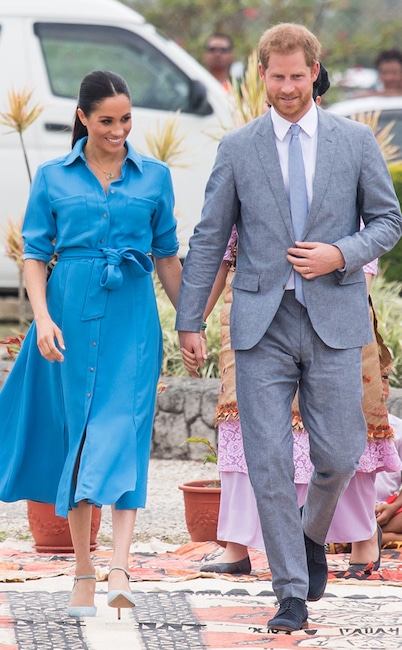 Meghan, on the other hand, showed more of an affinity for monochromatic styles, which points for her desire for clean, sophisticated garments. 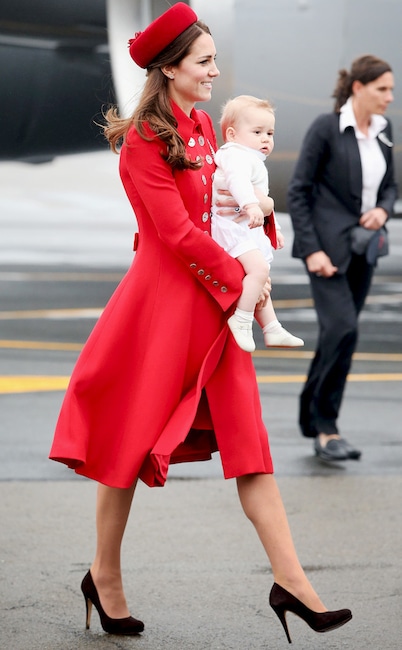 In terms of outerwear, Kate revealed a number of coat dresses that perfectly paired with the garment underneath. 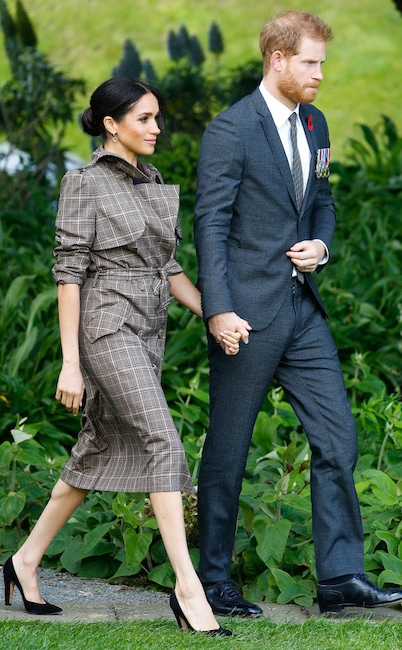 The new royal, however, clearly loves her trench coats, as seen with her Karen Walker trench.