Hilary Duff gave birth to a beautiful baby girl, named Banks Violet Bair, on Thursday, Oct. 25 at her Los Angeles home. It’s the first baby for the Younger star and her boyfriend Matthew Koma. She shared a photo of their daughter on Instagram, with the caption: “this little bit has fully stolen our hearts!”

The star sweetly hinted at the news on Sunday by sharing a snap of Koma playing the guitar and captioning it “Dad.” A new dad indeed!

The newest addition to their family means Hilary’s 6-year-old son Luca Comrie is now a big brother. Plus, Hilary couldn’t have been happier that she and Matthew were having a girl. When she announced the pregnancy on Instagram, the former Lizzie McGuire actress said she and Matthew “couldn’t be more excited” because they “made a little princess of our own.” In fact, that’s how the family spent Mother’s Day: by having a gender reveal party.

Hilary has been eager to meet her “little princess” all throughout her pregnancy and one day even told her to “hurry it on up” in an Instagram story. As enthusiastic as she was to meet the baby girl, Hilary was open about pregnancy being “hard as hell.” She said in one Instagram picture, “The boobs are big the belly is big the body is big. Man.. pregnancy is hard.”

She added, “Giving love to all mamas who make it look effortless… this journey is hard as hell and also incredibly special…Women are so bad a–, this was just a note to remind myself and remind others how’s strong and beautiful you are! WE GOT THIS.”

Big brother Luca had some thoughts about what to name his little sis. “Luca thinks Cofant Croissant is, like, the coolest name,” Hilary told James Corden in June. That’s not all. “He told his friend at school the other day that he’s having a sister that’s part red-butt monkey,” she said. We know now that her name isn’t actually Cofant Croissant.

In August, Hilary told E! News that she doesn’t “always balance it all,” meaning parenting and work. “I do the best that I can, and some months are crazier than others.” In early September, the parents-to-be had a sweet maternity photo shoot and she glowed from head to toe. 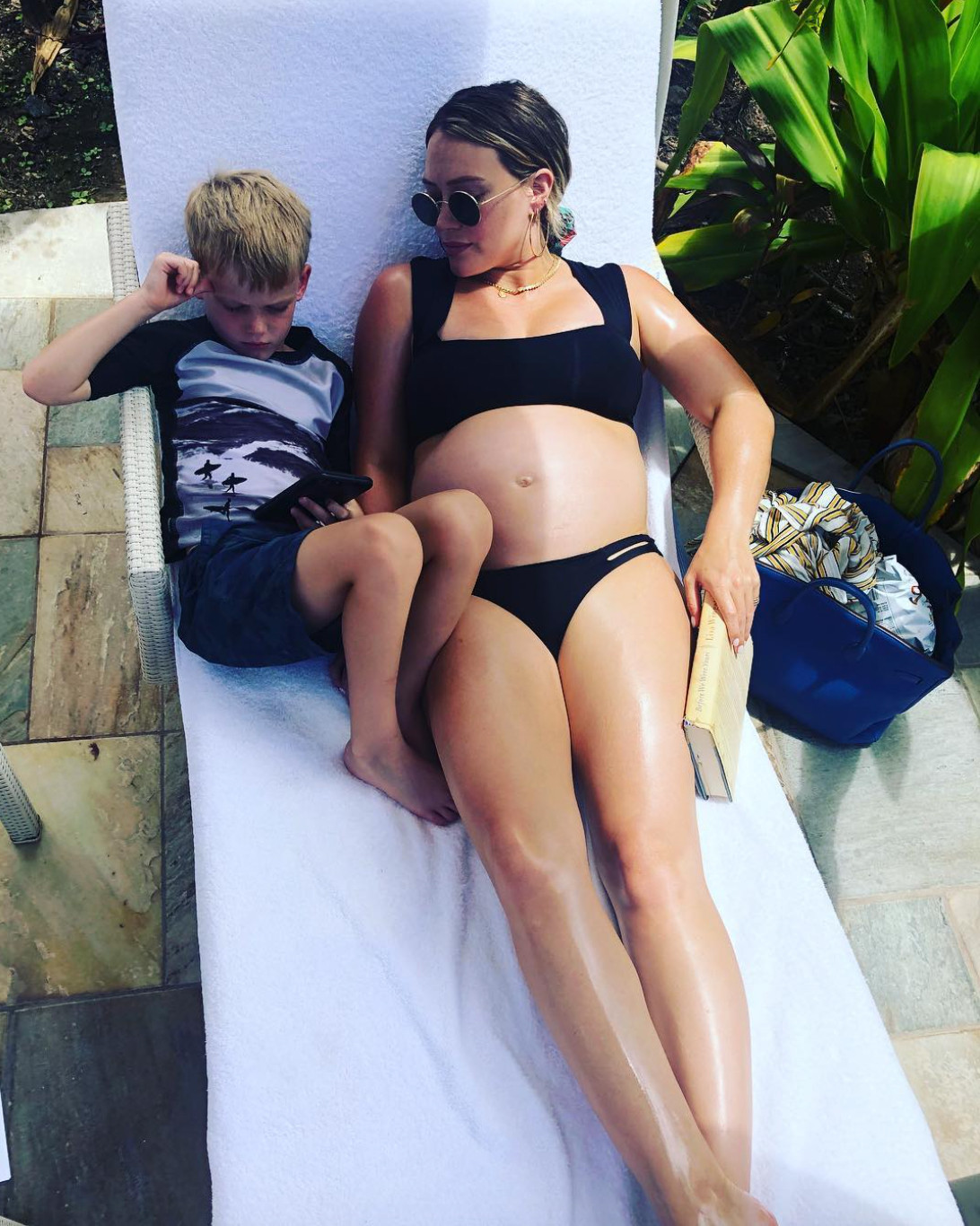 Even though Matthew and Hilary just welcomed their daughter, an engagement is nowhere in the near future for these two. A source told E! News earlier that they were in “no rush to get married.” The insider explained, “They already feel married and don’t feel they need a signed document to seal the deal.”

The source told E! News that the new parents “eventually” want to get married down the line, but their sole focus is on their daughter.