Central American migrants in a caravan that has stopped in Mexico City demanded buses Thursday to take them to the U.S. border, saying it is too cold and dangerous to continue walking and hitchhiking.

Mexico City authorities say that of the 4,841 registered migrants receiving shelter in a sports complex, 1,726 are under the age of 18, including 310 children under five.

“We need buses to continue travelling,” said Milton Benitez, a caravan coordinator. Benitez noted that It would be colder in northern Mexico and it wasn’t safe for the migrants to continue along highways, where drug cartels frequently operate.

He said the route and departure time would be decided at a meeting Thursday night. 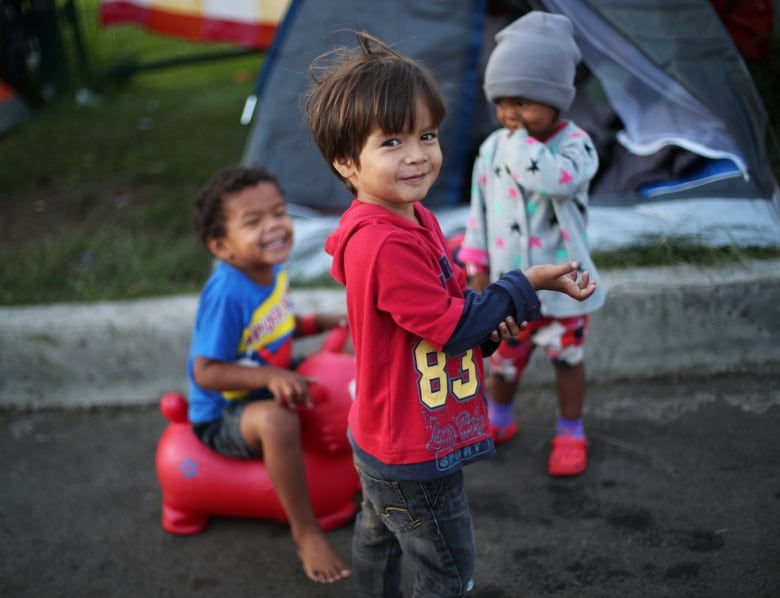 Mexican authorities say there are more than 300 children under 5 in the caravan that has reached Mexico City. (Hannah McKay/Reuters)

The Mexican government has said most of the migrants have refused offers to stay in Mexico, and only a small number have agreed to return to their home countries. About 85 per cent of the migrants are from Honduras, while others are from the Central American countries of Guatemala, El Salvador and Nicaragua.

“California is the longest route but is the best border, while Texas is the closest but the worst” border, said Jose Luis Fuentes of the National Lawyers Guild to gathered migrants.

There have already been reports of migrants on the caravan going missing, though that is often because they hitch rides on trucks that turn off on different routes, leaving them lost. 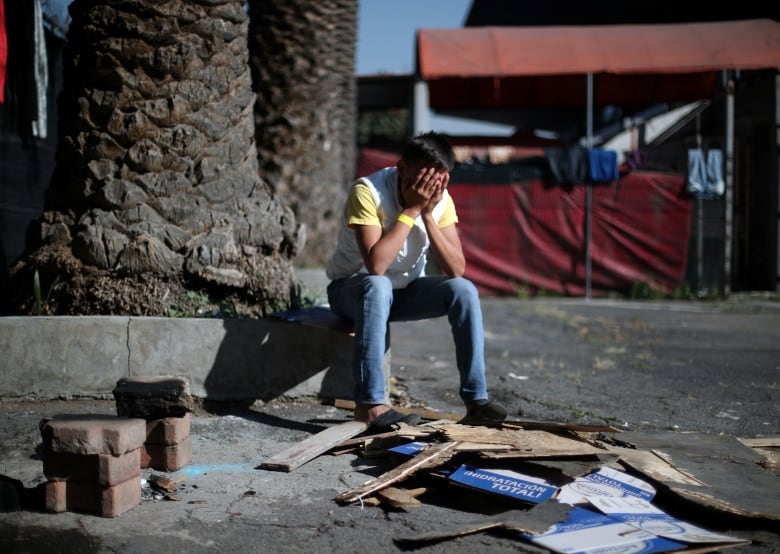 Mexico has offered refuge, asylum or work visas, but few of the migrants have accepted the offers. (Hannah McKay/Reuters)

However, the UN human rights agency said its office in Mexico had filed a report with prosecutors in the central state of Puebla about two buses that migrants boarded in the last leg of the trip to Mexico City early this week, and whose whereabouts are not known.

Mexico City is itself nearly 1,000 kilometres from the nearest U.S. border crossing at McAllen, Texas, and a previous caravan in the spring opted for a much longer route to Tijuana in the far northwest, across from San Diego. That caravan steadily dwindled to only about 200 people by the time it reached the border.

Fuentes warned the migrants that if they are separated from their children they should “say they want a lawyer and not sign any paper.”

Other activists and officials explained the options available to migrants in Mexico, which has offered them refuge, asylum or work visas. The government said 2,697 temporary visas had been issued to individuals and families to cover them while they wait for the 45-day application process for a more permanent status. 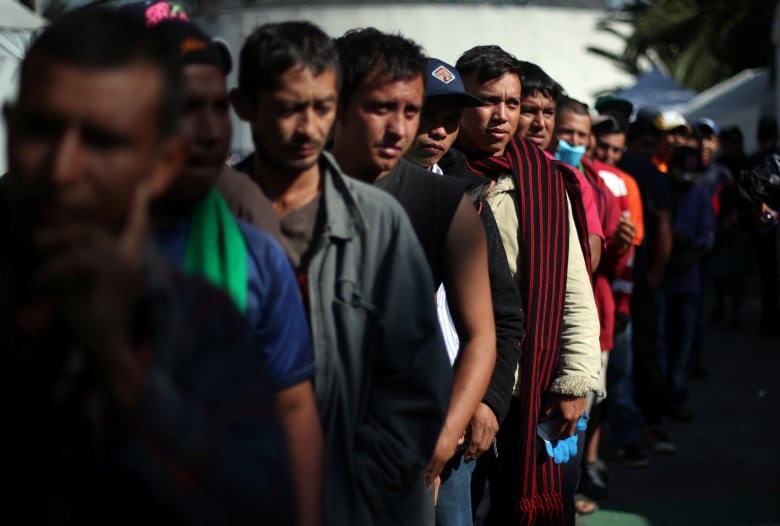 Migrants, part of a caravan of thousands travelling from Central America en route to the United States, queue for food in a makeshift camp in Mexico City. (Hannah McKay/Reuters)

Marlon Ivan Mendez, a farm worker from Copan, Honduras, was waiting in line for donated shoes to replace the worn ones he has used since leaving his country three weeks ago. He said he left because gangs were charging him rent to live in his own home.

“It is not fair that the good ones pay for the sinners,” Mendez said of fears that gang members are coming with the caravan.

Christopher Gascon, the Mexico representative for the International Organization for Migration, estimated there are perhaps another 4,000 people in caravans that are working their way through southern Mexico.

But some migrants had been visiting the organization’s tent asking about how they can return home.

On Wednesday night, a bus left from Mexico City to return 37 people to their countries of origin. 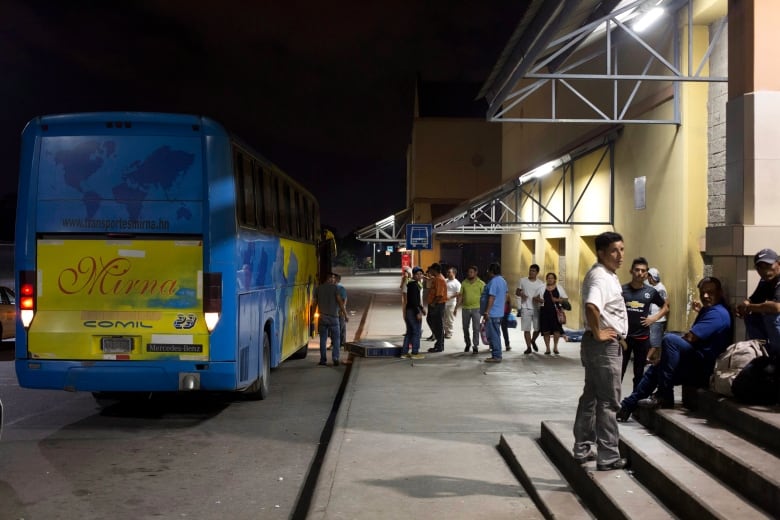 Nora Torres, clutching a Styrofoam cup of tea, was rethinking everything. A day earlier she had been committed to at least reaching a Mexican border city where she heard there were good-paying jobs. But Thursday she said she was thinking of returning to her hometown of Puerto Cortes, Honduras.

“Spending so much time in one place makes me desperate,” said Torres.

In the stadium, hundreds of Mexico City employees and even more volunteers helped sort donations and direct migrants toward food, water, diapers and other basics. Migrants searched through piles of clothes and grabbed boxes of milk for children.

Darwin Pereira, a 23-year-old construction worker from Olanchito, Honduras, left his country with his wife and son, 4, for the very simple reason that “there is no work there.”

Pereira, who still wears the same cheap plastic sandals he left Honduras with a month ago, thought about what he would do if he met the U.S. president.

“If I meet Donald Trump, I am going to cry. I will cry because there is nothing else to do,” he said.